As a mediator and attorney, some of the most difficult cases to navigate and resolve are those involving who will receive the family pet. Typically, after hearing all of the other issues to be determined in a case, an attorney will sheepishly look at their client before uttering those dreaded words to me, “and oh yeah, we want the dog.” And I say “dog” because I have never seen people argue over a cat. Sorry cat lovers. Unlike child custody disputes, which provide defined laws and code sections to guide the parties on realistic outcomes, Georgia law and many other states, provides a harsh reality when it comes to the family pet. No matter how beloved the family pet may be, it is considered a piece of property in the same way as a sofa or big screen tv. In Georgia, the standard is to divide property “equitably” which means fairly. So this means one party is leaving with Fido.

Many parties who are seeking possession of a pet believe that the court should apply the same standards to an animal that they apply to children, which is the “best interests standard.” They argue about who loves the pet more, who the pet chooses to spend time with, and who can care for the pet better between the two parties. Unfortunately, many states do not recognize the best interests of the dog standard. A few states have actually moved towards thinking about a dog as more than property like California, Alaska and Illinois, but overall this progress is slow.  Having litigated these types of cases, I have seen parties bring to court the following evidence to persuade the judge in their favor: records indicating they adopted or purchased the animal, records showing they are the one who took the animal to the vet, photographs showing them and the animal in matching outfits for special occasions, proof that they attended the training classes with the dog without the other party, holiday cards featuring the animal, affidavits about how bonded they are to the dog over the other party and custom artwork they had made depicting the animal.  Any judge will be deciding the issue will be using any information they can get to determine who should awarded the dog.

Often the party losing the animal will expect compensation for the loss. In a state where a pet is considered property, it is a long established rule that an animal value is established based on fair market value. So a rescued animal is worth very little.  And while you may have paid $1,200.00 for your mini schnauzer as a puppy, what is an 8 year old mini schnauzer worth? (My opinion is priceless). The sentimental value of a pet is not a consideration. This is often a hard dog bone for the other party to swallow to learn they have lost the dog AND they are not entitled to anything for the loss.

The biggest issue I see with resolving pet issues is that attorneys have not had a discussion with their client prior to a mediation or settlement discussions to inform them about the realities of the law on this issue. Often parties who hear this for the first time during an already stressful mediation have difficulty accepting or processing the information causing a breakdown emotionally and in the settlement process. Secondly, the client is not prepared to settle the issue with any evidentiary documents or information that may be persuasive in negotiations resulting in back and forth of competing statements regarding who in fact does love the dog more. If one party comes to the table with a stack of photos and documents, it is far more likely the other will concede the issue in the grand scheme of settlement. Another piece to consider is that while many judges will not even allow parties to use the Court’s time to discuss pet visitation, parties can agree to many creative terms on pet visitation, costs and care in the context of a mediation and should use it as an opportunity to get creative.

I advise attorneys in advance of mediation to take seriously the issue of “pet custody” and prepare for the issue with the same seriousness they take with other matters. Another alternative is to seek arbitration on the issue. In arbitration, the parties may feel more “heard” than they would in court. Often the animal issue is one given little regard or prep time by counsel but the one most likely the cause a lack in settlement. A little preparation can go a long way in a dogfight and not hold up or prevent a settlement on all issues in the case. 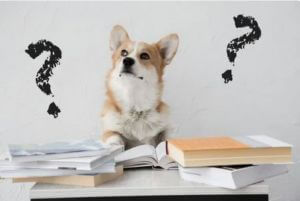